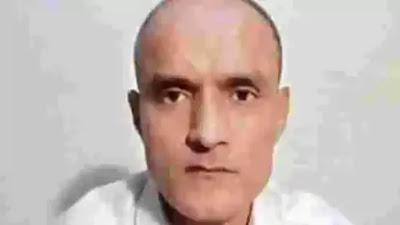 The death penalty was awarded previously by a Pakistani military court for alleged espionage.
India on Thursday said it was exploring legal options in a case relating to Indian death-row convict Kulbhushan Jadhav, day after Islamabad said that he had refused to file a review petition against his sentence.

The death penalty was awarded previously by a Pakistani military court for alleged espionage.

"At this stage, we are assessing our legal options. We will do our utmost to protect the life of the Indian national," Indian foreign ministry spokesman Anurag Srivastava said.
Jadhav, a retired Indian Navy officer, was sentenced to death by a Pakistani military court on charges of espionage and terrorism in April 2017. Weeks later, India approached the International Court of Justice (ICJ) for denial of consular access to Jadhav and challenging the death sentence awarded to him by the Pakistani military court. The ICJ had then restrained Pakistan from executing him.

In July last year, the Hague-based court ruled that Pakistan must undertake an "effective review and reconsideration" of the conviction of Jadhav. It had also ruled that Jadhav be granted consular access without delay.

On Wednesday, Pakistan said Jadhav refused to file an appeal in the Islamabad High Court against his conviction despite being offered the option. India slammed the Pakistani statement calling it a "farce" and said Jadhav was "coerced" to forego his rights. Srivastava on Wednesday said Pakistan's claim reflected its attempt to "mask" its continuing "reticence to implement" the ICJ judgment in the case in "letter and spirit."
He had said that Pakistan is only seeking to create an "illusion of remedy" in the case, and asserted that India will do its "utmost" to protect Jadhav and ensure his safe return to India. "Pakistan's claim that Jadhav, who got arrested.
Shares
NEXT ARTICLE Next Post
PREVIOUS ARTICLE Previous Post
NEXT ARTICLE Next Post
PREVIOUS ARTICLE Previous Post