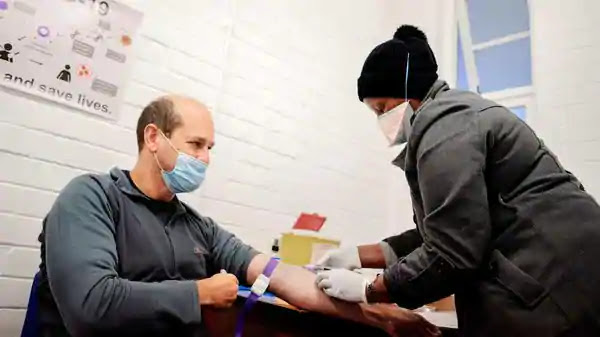 The Oxford vaccine project is already into the final stage of human trials.

Positive news on initial trials of the University of Oxford's potential COVID-19 vaccine that has been licensed to AstraZeneca could be announced as soon as Thursday, ITV's political editor Robert Peston said, citing a source. Phase III trials of the COVID vaccine candidate, involving thousands of human volunteers, began last month in Brazil.

"I am hearing there will be positive news soon (perhaps tomorrow) on initial trials of the Oxford Covid-19 vaccine that is backed by AstraZeneca," Peston said in a blog post.

"Apparently the vaccine is generating the kind of antibody and T-cell (killer cell) response that the researchers would hope to see."

"If the Oxford vaccine is proven effective, it could go into mass production as early as September," he said.

AstraZeneca Plc climbed 5% in London after ITV.com reported that The Lancet medical journal is due to release positive news on the vaccine the company is developing with the University of Oxford researchers.

More than a dozen different vaccines are in various stages of testing worldwide, including in Britain, China, India, and the U.S.

The Russian defense ministry today said it had developed a "safe" coronavirus vaccine following clinical trials on a group of volunteers. The ministry said 18 people had participated in the research and were discharged without "serious adverse events, health complaints, complications or side effects".